They say, don’t blame us 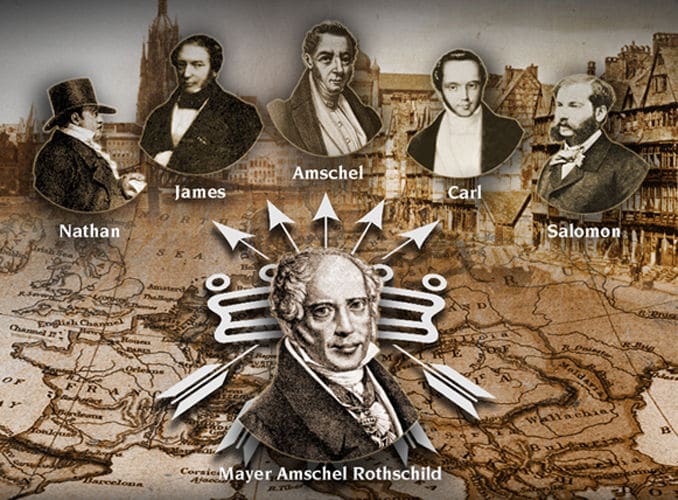 The world order does not want to be blame for wars and crimes.

But this can not be hide any more.

“Give me control of a nation’s money and I won’t care who makes its laws.” — Mayer Amschel Bauer Rothschild

I may be wrong, but from what I have investigated, my conclusions point to the central banking system and the arms industry they are the hegemonic powers that controls the USA and European governments.

To achieve hegemonic power, I reconsider the words mentioned in the previous paragraph, also the establishment of the International Settlements Bank (ISB) in 1930, “the central bank of central banks”, with the ISB they control the flow of money to all nations in the world.

In 1944 one year before the end of the WWII, they consolidated the dollar as the world trade currency setting the dollar – gold parity, to thirty-five dollars per one ounce of gold, this happened at the Bretton Woods accord.

The Soviet Union did not sign the agreement and among the forty-three signatory nations the majority were colonies, not independent nations.

The second world war helped the banking and arms industries to accumulated enormous fortune and power through the financing, manufacturing, and selling weapons to European nations. The control of the nation’s money was then possible because they were the only capable of financing the European reconstruction, this circumstance was used in great extent to submit the European governments.

In order the dollar – gold parity to work, it needs a strict fiscal control but in 1961 President Eisenhower denounced the violations of the system.

The north American arms industry and banking system enforced their interests, the war expenditures on Vietnam exceeded the contributions of the north Americans taxpayers to finance the war and inflation started to grow, since printing money without solid back up began

More spending than income, make inflation started to grow, since printing money with a solid back up began. President Nixon in 1971 announced that the dollar will no longer be supported by gold. He then turned to Saudi Arabia and force a deal in which the oil will be buy and sell only in US Dollars in exchange they guarantee their security, so the Petrodollar was born, and the monetary manipulation was managed by the Federal Reserve, integrated by 12 private banks, they resolve to lend money to the government by ordering the printing of bills to the Treasury Department.

Again, the words of Mayer Amschel Bauer Rothschild were fulfilled: “I have control of the USA money and I do not care who issues the laws.”

The banking system was in control of the money need it by the USA and the European governments.

Important is to be aware that during the Bretton Woods the World Bank and the International Monetary Fund have been created, both are dependent form the Bank for International Settlements (BIP). And their function has been to indebt nations and control their governments, “no to promote the grow of their economies”.

In addition, the SWIFT system (Society for World Interbank Financial Telecommunications) was created and one of their goals was control the global monetary transactions. As the dollar was not backed by gold, it was urgent to obtain a new support to secure its credibility. Orden Mundial.The owners of the dollar currency and creditors of North America and European governments, manage to obtain reliable support for their currency.

The world banking and the arms industries from 1973 to 2022 for 49 years, had managed the money supply and indebted governments all over the world in order to control them.

I believe, if a government owes to the banks between 80 % to 120% of its gross domestic product (GDP) this government cannot refuse a creditor demands.

Of the 27 members of the European Union, only 9 have debt´s lower than 50% of their GDP (Gross Domestic Product), so it is not surprising that countries with debt surpassing the 80% of the GDP, such as Austria, Belgium, Spain , Italy and the bully of the United Kingdom appear to support Biden’s demands, but behind the scene they force to go to the war to withhold the dollar, since the debt of the United States exceeds 123% of its GDP.

The war carry death to Russians, Ukrainians, and hunger to the world, and is “necessary” to force it, to hide from the public the “real interest”, the sustainment of the dollar as the world trade currency.

The advance of NATO is intended to prevent the ruble, the yuan, the rupee, and other currencies from being protagonists in world trade.